To share your memory on the wall of Margaret Thome, sign in using one of the following options:

Provide comfort for the family of Margaret Thome with a meaningful gesture of sympathy.

Provide comfort for the family by sending flowers

Show you care by sending Flowers

We encourage you to share your most beloved memories of Margaret here, so that the family and other loved ones can always see it. You can upload cherished photographs, or share your favorite stories, and can even comment on those shared by others.

Posted Feb 10, 2020 at 12:42am
Neil, Kim and family, Hearing of Peggy's passing was indeed hard to know a classmate and friend had gone to Heaven. Peggy loved her family deeply and will be watching from Heaven with that same love. Though gone from sight, she will not be forgotten. Keep the fun and loving memories close to heart and draw from them when sadness tries to enter. God bless each of you.
Comment Share
Share via:
WP

Posted Feb 08, 2020 at 10:15am
Neil and family,
We were saddened to hear of Peggy's passing. Know that our thoughts and prayers are with you all as you celebrate the time you shared with her. God's Blessings for you all, Wayne and Kate Pagel
Comment Share
Share via: 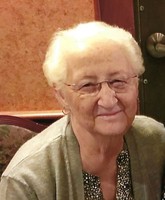